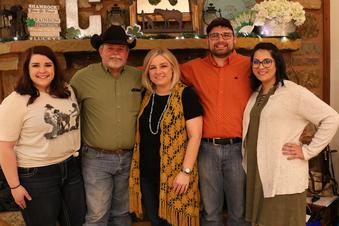 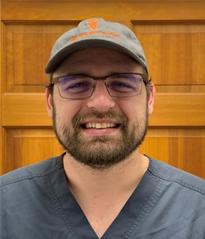 From Tennessee, Stan McPeake was raised on an Angus farm; he has cattle in his blood.  He was so interested in the business of cattle farming, he earned multiple degrees in the subject with an emphasis on Herd Profitability.  He holds a BS in Agriculture, a MS in Animal Science, and a PhD in Animal Genetics and Breeding.  He has been with BBBS for 10 years and came to us as the Beef Extension Specialist for Arkansas.

Stan is married and has two kids who attend in the Benton School District.    His wife works for the Arkansas Extension Service as the state's Wildlife Specialist and holds a PhD in Wildlife Biology; she also plays the cello .  Stan enjoys hunting, traveling with his family, and mission work.  He also helps with his kids' 4-H work.

Brent Cooper worked for Big Branch Breeders Service for over 15 years. In January of 2020, Brent and Tracy bought Big Branch for Tom and Elene Murray. They are both excited to continue as part of the Big Branch family!

As a commercial cattle producer, Brent brings life experience as well as a BS in Animal Science from Arkansas Tech to the business.  Brent has been married for over 30 years and is a father of two. Brent's wife, Tracy, taught math and was the high school counselor at Hackett. Tracy retired in June 2022 after 28 years as an educator.  Brent and Tracy's daughter, Mackenzie, is a law school graduate of Washington and Lee University in Lexington, VA and began working for a law firm in Fort Smith, Arkansas in the fall of 2021. Mackenzie married Harrison Sears in December of 2021. The Cooper's son, Jonathan, is part of the Big Branch-Cooper Cattle team and his bio is shown below. ​ 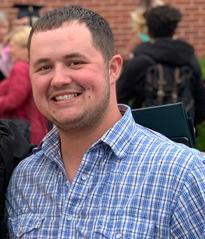 Jonathan and his wife Mary live in Hackett, AR with their daughter, Jocelyn. Mary is an art teacher at The Future School in Fort Smith, AR.

Nick Heiser joined the Big Branch-Cooper Cattle team in the summer of 2021. He was raised on a commercial cattle farm in Lamar, AR. Nick holds a BS in Animal Science from Arkansas Tech and has 5 years of experience in artificial insemination. 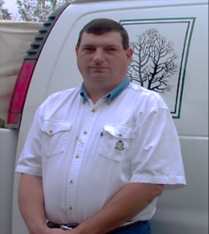